One in a very very limited series: 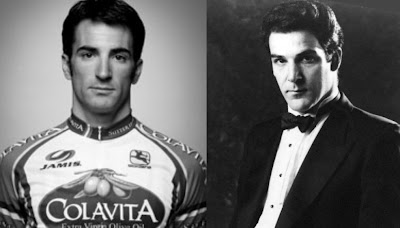 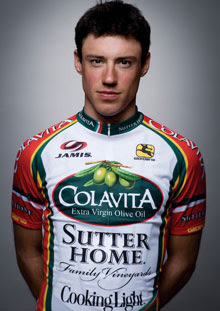 Andy Guptill, a promising young rider on the Colavita-Sutter Home team, finished in 84th position and in the Lanterne Rouge slot for the 2009 Amgen Tour of California. Guptill is a resident of Hannacroix, New York and in his third year on the team. He was named the Most Aggressive Rider for stage 2 of the 2008 Tour of Missouri.

Correction: I had previously posted based on erroneous early reports that the Lanterne Rouge was Guptill's 28-year-old teammate Anthony Colby, a climbing specialist (and Durango, Colorado resident) who finished in 15th place at the 2007 Tour of Georgia. He wasn't even on the 2009 TOC start list. My apologies.

136 riders finished the TOC prologue, so Guptill finished ahead of 38% of the original field. 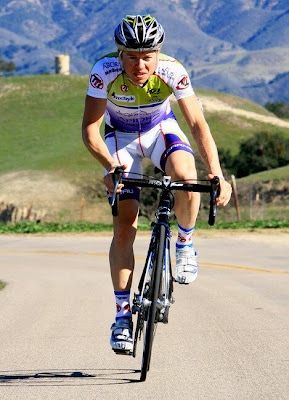 After a prologue and two demanding stages of the Amgen Tour of California, Phil Southerland, founder of Team Type 1, is in 128th place and holds the Lanterne Rouge slot. Eight riders have already abandoned the Tour. He is a previous Lanterne Rouge finisher from last year's Tour de Taiwan.
Phil and teammate Fabio Calabria are the only riders with Type 1 diabetes in the race. They have had their share of adversity the past two days - having to fight through the wind, cold and rain as every rider had to do, while they have the additional routine demand of simultaneously managing their blood glucose levels. It is thanks to their insulin sponsors like Lantus and Apidra and their diabetes management products like the FreeStyle Navigator and the OmniPod and Dex4 that helps them stay in contention.

Best wishes to Phil and his teammates for a successful completion of the Tour!

Update 1: Phil Southerland has retained his Lanterne Rouge position after Stage 3, with numerous departures from the race on a grueling day. 119 riders are still in the race, while 17 other prologue finishers are gone.

Update 2: Southerland was forced to retire from the race during Stage 4. 108 riders remain, and Francesco Chicchi of Liquigas is the new TOC Lanterne Rouge.

Update 3: Francesco Chicchi of Liquigas continues as the TOC Lanterne Rouge, which provides him with the noon starting slot of 108 rides in the Stage 6 time trial in Solvang. The top ten riders go off at 1:41 pm local time at 2 minute intervals.

Magnus Backstedt, former Lanterne Rouge of the Tour de France (Stage 4, 2006) and perennial favorite of Clydesdale riders worldwide, has announced his retirement. Best wishes to him in the new phase of his career!

In his honor, we present our own special "Separated at Birth" moment featuring Magnus Backstedt and Uncle Fester: 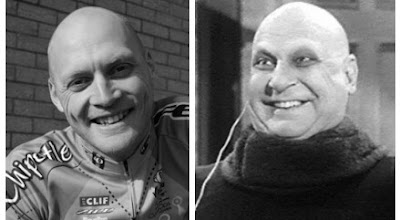